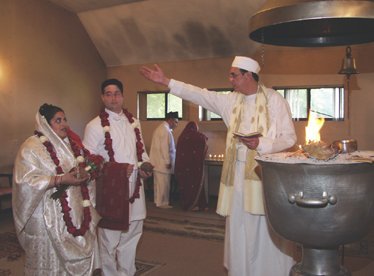 It is fairly safe to say that 2002 was the year that digital imaging really came of age. There can't be a serious photographer anywhere on the planet, who, after seeing the phenomenal advances the industry has made, wouldn't just love to jump in the deep end. Those who managed to remain cautious right up to the very end will probably now be wishing they had invested in some cheap old consumer level snap shot instrument, just to get their feet wet. Because the time has now arrived to take digital imaging seriously, those who don't are either ready for their pension books or have their heads so far buried in the sand that they will only discover when it is far too late, that the whole business has passed them by.

If you have decided to take the plunge in 2003, and you haven't already worked on your wish list, now is the time to do so. Be sure you realise, you don't just need a digital camera and Photoshop, to be a successful digitographer. There are a number of other software utilities that will make your life easy or hell depending on the choices you make and the way you approach the learning curve.

I make no excuses for these paragraphs. They are not for those of us who are already successfully shooting and processing digital. This article is directed straight to the members who have just discovered that it is now or never! There are many photographers out there, who went digital before I did and are quite likely, infinitely more advanced than I, the younger ones especially. I have to confess, I am not of the Nintendo generation, I have to work at Hi Tech stuff to get a grasp of it.

Even so, looking at the way we work, from a different perspective, can even open the eyes of the most accomplished among us. In the coming months I would like to see more space in the magazine devoted to simple tutorials and explanations of the digital workflow. I am willing to share my experiences with you and hope that others would follow suit and put pen to paper and bring their successes to our attention.

Equipment. It really doesn't matter which digital camera you have or intend to buy, images have proven that almost every single piece of equipment out there is currently good enough to yield professional results. The thing to take into account is the way you work, or intend to work with digital. That will prove to be the salient issue when choosing the digital camera.

Photojournalists and wedding reportage photographers will clearly need a camera capable working at high speed and may be willing to sacrifice file size to achieve their aims. Portraitists and classical wedding photographers can afford to ignore the fastest cameras and go for file size, and perhaps lower cost equipment... whistles, bells and flashing lights cost money. The more sophisticated the camera, generally, the more expensive it is going to be.

If you sell large prints and or crop your images quite significantly, again you need to think about large file sizes. If the largest print size you sell is 10" x 8" then a four megapixel camera may well be all you need. I held a discussion recently with a group of good film photographers, who had decided they wanted to consider going digital. One of the group only wanted to shoot business portraits, you know the kind of thing that gets blown up all the way to a 7" x 5" black and white for press release. Almost any consumer model from the Olympus range, costing less than $500, so long as it had a flash synch, would just about suffice for this photographer. 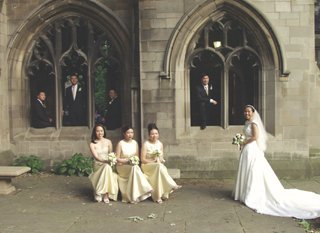 Of course, many of us want to shoot both portraits and weddings, with the same piece of equipment, so we will have to consider the pros and cons of both disciplines when making the decision. Is it print size, speed or a compromise somewhere in between? It is also imperative that the wedding photographer has a reasonable back up camera, should the one he/she is using break down.

Let's take a brief look at some of the cameras available: the Canon D1 is one of the more expensive, but if you have Canon lenses it could be the way to go. It is lightening fast, but only a four megapixel file. It is really intended for people who don't make big enlargements, The Canon D60 sacrifices a little of that speed but turns out a hefty six megapixel image; I tried one and liked it very much.

The two Olympus prosumer camera the E10 and E-20N are four and five megapixel respectively, both turn out superb images at 80EI and 160EI, although noise is beginning to show at 160, at 320 EI the image is quite noisy and needs manipulation in Photoshop. Latency is the worst feature of these two, although claimed to be only 65 milliseconds. For portraiture of adults both cameras turn out very respectable quality, even for smaller weddings the quality is fantastic, I even shot over 700 images at one wedding with Olympus cameras, the images are fantastic, but at the end of the day, I knew I had done a days work!

I tried a Nikon D1x and, notwithstanding all the whistles, bells etc., didn't feel that the extra cost was justified for a 5.25mp file, I did like the D100 for the money. While we are dealing with the Big N, I must mention my Fuji S2 Pro, built on a Nikon chassis, with it's interpolated 12 megapixel file. The images are just awesome, full sizes file are enormous, but I have the option to shoot at 6 megapixels to reduce the files, which is extremely useful.

Really it matters not which you prefer, if you are looking for picture quality, go to the camera store, put on a blindfold and pick up the first your hand touches. If, on the other hand, you are considering the features that would best suit your workflow, get the sales people to give you a detailed demonstration and let you try out each of the cameras within your budget range. You can't help but like one of them! 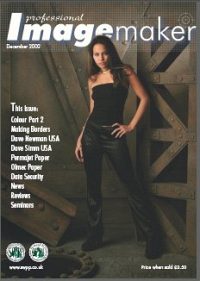