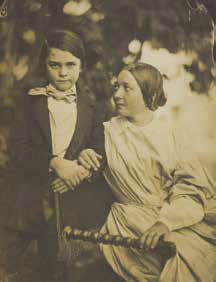 When William Henry Fox Talbot invented the salt print process in 1839 he began what would become a global trend. This British invention spread internationally and created a new generation of artists who recorded with light rather than paint, enabling them to capture the ever-changing modern world that surrounded them.

There is something magical about salt prints; they have a depth and softness that can't be achieved by any other method. The photographs have real intimacy; they are tableaux that represent a distinct transience as opposed to the more considered permanence of painting. These were images that could be created in seconds or minutes rather than weeks and months, and the new photographers exploited this revolution in art.

Seeing themselves as a part of history, photographers began to record the world around them. They were experimenting with recording modern life several decades before the revered Impressionist painters did so. Amongst the 90 photographs on show there are some real gems from this era, one of the most popular prints on display was the photograph of Nelson's Column being built -complete with advertising posters pinned to the site hoardings. What's unusual, of course, is that this isn't a scene that would have been captured by a painter at this time. It is the mundane everyday setting that makes these images quite remarkable. 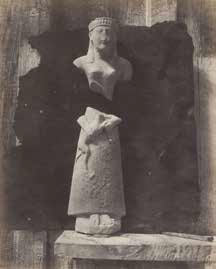 The rest of the exhibition takes you through a tour of popular subjects from the time and it is almost surprising how the themes still live on over a century later! There are photographs of industry, holiday snaps, nudes and the ubiquitous torrent of photographs of ruined buildings. Some things never change, and if nothing else it shows that despite the changing technology we have not moved on too much in our choice of subject matter!

If there's one thing to take away from this exhibition it really is that little has changed. We are far more connected to the forefathers of photography than we might realise. Although we have multi-megapixel cameras and Facebook, we're still producing the same kind of images as we always have done. Many of the images on show feel like they could have been photographed today. I know this because the photograph of a crumbling doorway at Magdalen College in Oxford is almost identical to a one I took of the same doorway just a few weeks before. One thing certainly has changed though, best summed up by the question my partner asked as we left the exhibition: 'Did women not take photographs back then?' Fortunately many more of us do now.