The truly great professional photographers never stop learning they say, and Dennis Orchard epitomises the saying. While on the one hand he's forever putting his expertise back into his profession he's also very keen to pick up what he can from those around him as well, and he already has his list of 'must-see' speakers mapped out for the 2012 Convention.

"I've got to see Adam Alex and Nick Ghionis," he says, "because their teaching and their photography is world class. Other people I can't miss are Joe Cogliandro from Houston Texas, Sofie Louca and Paul Karaolides from Cyprus, Bev and Barrie Downie from the UK and the incredible Yerburys, Faye and Trevor. I also intend to see Tracy Harper from Canada and Jon Jenkins and Richard Walton from Wales.

Dennis has been a member of the SWPP for over 10 years, and he's attended every Convention since it first started up in Coventry and has spoken at all bar one. "Since the move to London I have judged every year in the 20x16in print competition," he says, "and at the 2012 Convention I will be the chairman of the 20x16in judging panel."

There is no hesitation when you ask Dennis what it was that inspired him to sign up to the SWPP in the first place, and his reasons for being involved have never wavered. "I became a member because I believe that good photography is international," he says, "and Phil and Juliet have always been committed to bringing the top names from around the world to speak at the Convention. 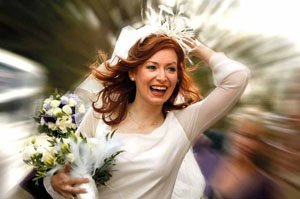 "Being based on a small island UK photographers often look to the their neighbours for ideas and inspiration. However, this can lead to a narrow style of photography, and while it might bring competition success at home it often leads to the photographer failing in the international print competitions. The SWPP has helped to break this cycle by introducing its membership to new styles from around the globe, and this can only be good news for UK photography in general."

As well as looking to learn from his peers Dennis will also be hosting two seminars himself, both of which are certain to be hugely popular. His first, interestingly enough, centres on wedding photojournalism, a genre that has attracted its fair share of critics over the years, but Dennis is determined to prove that, if it's done well, it still has much to offer the contemporary photographer