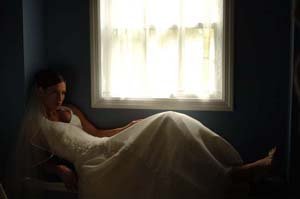 "What I have concluded is that my images have to excite me first, my client second and print judges last"

Many years ago, while teaching at Twickenham Technical College, some dozen or so students were set a commercial project. Each student had his or her own lighting booth with all the lights they were likely to need. I entered the classroom to discover that every light in every booth was on and the room was a veritable Crystal Palace, flooded with light.

After a few seconds' hesitation I went to the main switch and threw it. The lights went out and there was the sound of panic or shock among the students. The effect of this action was indeed telling. These young, enthusiastic students were about to learn the need to know how to use one light before they were to use two or more. First one light, then a second, then a third and so on. Each one separately before they were to use any combination of them.Phillips

What's the relevance of the story on the previous page in the modern era of photography? An overwhelming majority of digital photographers, and many of those still using film, have not learned to see and use light to an acceptable standard and it shows in too many of the images we see in albums, magazines, studio windows and in competition prints.

The now common use of manipulative software, such as Photoshop and Painter, has bred a generation of practitioners who have not learned lighting skills or an awareness of the effect of light. When a photographer recognises a lighting flaw they spend hours in front of their computers attempting to correct it, instead of using the same amount of time learning to both see and use light. Even so, most do not appreciate the use of light and the flaws remain unseen.

One of the falsehoods of such a culture is that flawed lighting cannot be corrected with any of the modern software currently available and it is extremely doubtful that such software will ever correct fundamental flaws in lighting technique. The simple truth is that until we are able to 'see' light, we are unable to use it with an adequate degree of skill. This results in images rendered with much less fidelity, impact and appeal than they would otherwise have. It is indeed strange that the most fundamental element in photography, light, is not a priority with so many of my professional colleagues.

A multitude of books demonstrate lighting techniques that will produce acceptable and saleable images, and readers who study them frequently use lighting diagrams as the one and only means of producing effective lighting patterns and saleable prints. I say this with a degree of authority because I have so far written four books on the subject. Each of those four books demonstrates numerous lighting sets that may be used but they were not written with the express purpose of providing lockdown lighting sets, even though they will produce images that will sell. Instead, they provide readers with a starting point for their creativity. Some practitioners use the lighting sets illustrated as the one and only method of producing saleable images. I have been in studios where there are markers on the floor for positioning lighting units for every-day portraiture.