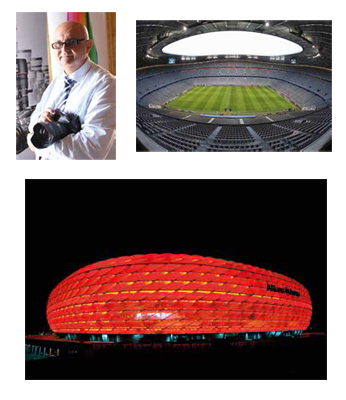 The strength of Maltese photography continues to endure and once again we have a select group of them at the Convention to entertain and educate us both as a group and individually. The 'Maltese Night' at the Convention is always fun filled (they usually bring a selection of Maltese wines!) when they each give a short talk on their work.

Domenic Aquilina
The highlight of Domenic's year was covering the much-anticipated UEFA Men's Under-17 Championship Finals on home soil in Malta. "It was tough shooting from 6 to 19 May almost constantly but it was most enjoyable and rewarding" says Domenic when he tells me about covering the tournament. "I will treasure each moment from this experience for the rest of my life". 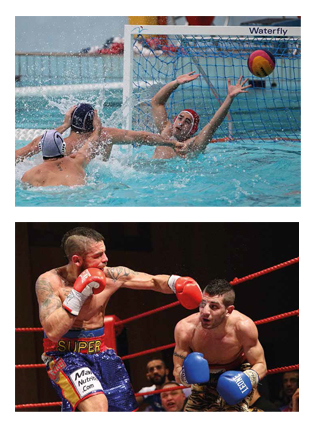 UEFA are one of Domenic's main clients and he shoots for them all year round and he tries to inject some personal flair into his images wherever he can; "I always get a kick out of a shooting a creative photo, trying to see different perspectives during the events I am commissioned to shoot." Of course Domenic shoots sports other than football too; "Recently I had a job at a Dance Academy event with flamenco dancers - the dancers were awesome and the final pictures were something different too!" But his heart will always be in football and this year Domenic celebrated his ninth year of covering UEFA Champion's League Finals with a trip to cover it in Lisbon. "Being present at a UEFA Champions League Final is a special and very magic moment which every sports photographer treasures forever."

"It has always been a pleasure to talk at The Societies' Convention,"Domenic tells me when I ask if he enjoys heading over to London every year in the depths of winter. "I've always enjoyed teaching, I think it provides healthy competition for photographers!" This year has also seen Domenic launch his first ever sports photography courses in Malta but he'll also be delivering a Masterclass at the Convention in sports photography so that you don't have to head abroad to benefit from his wisdom (unless of course, you want to enjoy shooting sports in glorious sunshine rather than the British weather!).

Domenic will be discussing the essential techniques needed to deliver consistently high-quality sports photography images to clients at his Masterclass. In addition he will also be discussing how to get your images out there immediately using media technology. "Photography in general is very competitive," says Domenic. "You have to believe in yourself and forget about the rest." However, Domenic is also quick to point out that his weak point as a photographer is that he is his own worst critic, but perhaps it's also a blessing in disguise as it pushes him on to always create better work.