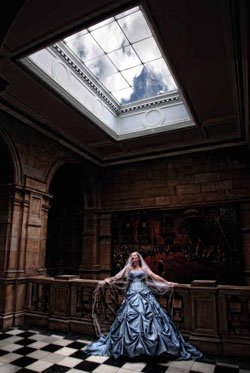 Few photographers go to the lengths that Gordon McGowan does to put something back into the their profession. A busy professional photographer with a studio that's based near the banks of Loch Lomond in Scotland, Gordon is one of the most recognisable figures within the Societies, having been heavily involved in mentoring and judging print competitions for several years. His feedback and criticism is highly valued by those who can take it in the right spirit, but Gordon would be the first to admit that he doesn't pull his punches.

"Too many photographers think that, just because their clients seem to be happy with their results and will pay for their pictures, they are doing everything right," he says. "I believe that you have to go further than that and that you need to be able to stand back and look at your own work and see the faults that might be in there. 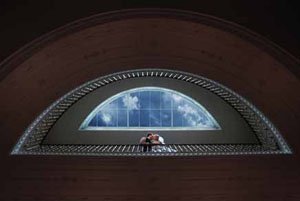 "Often photographers will come to me and they don't realise what their faults are but then I ask them to tell me what they can see. They will usually just stare at the picture for a while but eventually they will get it. It might be an awkward body movement, something in the background that shouldn't be there or the fact that the angle of light isn't right. So many things can dilute a picture and take away from its impact and you need to get used to seeing these things naturally.

"At the moment it's just too easy with digital photography to point and shoot and to then pass the results off as a reportage approach. What I tell people is that it's crucial to slow down and to look at the details: if you are constantly firing from the hip then you're not considering basics such as background, pose and then expression. I'll ask someone how many pictures they might have shot at their previous wedding and they will tell me perhaps 700, 800 or even 900. I then tell them to go to their next wedding and look to shoot more like 400 pictures and then send me the disc for evaluation. It's amazing: when you slow down the results just start to improve.