It is some time since we wrote about storage and backup. Generally systems have become more reliable, drives have become less expensive and, importantly, users have become more savvy. It is several years since we have received a panic call from a distraught member who has trashed their entire wedding into the big electron sump in the sky (or ground - wherever they go to!).

One of the outflows from the increased file size is that when failures occur they are a relatively bigger shock. Things were brought into focus recently by a hard drive failure on the main Professional Imagemaker workstation, the one that holds all the magazines from day one and this includes the current issue of the time. Initially it did not look like a disc failure, the symptoms were a failure to build a correct PDF with a small number of images on one page chopped in half. As it coincided with an upgrade to Acrobat DC that morning, and DC was already acting up (still is!), it became the prime suspect. This was a red herring, exposed when we tried to use Beyond Compare to make a backup copy of the current magazine - the first port of call when the alarm bells go off! This too crashed and we isolated the problem files by trying smaller blocks of files until we homed in on the ones not working (technically known as quartering). To complicate matters the thumbnails of the rogue files were intact as were the proxy files displayed within InDesign. This is typical of drive or storage failure when blocks of data are corrupt and a file is saved across many blocks - this is how you end up with half an image and a bunch of white space in the other half!

Now although the magazine files were backed up to another drive, we had done quite a lot of work since the overnight backup and so we rebuilt the corrupt files onto a working hard drive and then rebuilt the 'flawed' InDesign layout on that drive also. As ever all this drama broke out as we were making the PDF files to go to press and so time was critical. So, although we recovered the situation and got to press on time, it still subsequently required half a day of file writing and checking to establish that we had recovered the failed drive fully.

This, then brought into focus the need for a more robust storage array with higher fault tolerance and faster recovery after failure. One thing that did seem to provide us with some protection was the use of 'enterprise' grade hard drives; they seem to be more fault tolerant and the failing drive kept operating while we did some recovery work.

The golden rule for data security is to transfer a copy of your images to another discrete storage device, and to do so before you do anything else - for some that means even before having a cuppa after you return from a shoot! There are a number of ways of increasing data security but the basics are that the copy should preferably be both elsewhere and on a different device. Two hard drives in the same machine is not as secure as two hard drives in adjacent machines - is not as secure as two hard drives, one at home and one in the office. There are variations to the theme when it comes to failure rather than theft or destruction (by fire for example). Connecting a number of hard drives in what is known as a RAID Array can make data more secure against drive failure. Conversely it can also make data less secure but make the data transfer faster, it just depends on the RAID arrangement. No RAID array is secure against the computer going on fire or being stolen though, only against a drive failing in service. We will discuss the options and RAIDs as we move along. 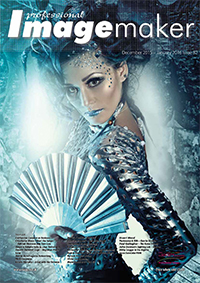