Nik has a long tradition of photographers in his family, and is the thirdgeneration to make this his profession. "I actually shot my first wedding atthe age of 12, some 30 years ago," he says. "Although I was established asa photographer I suppose you could say that my epiphany arrived when Ihad the chance to attend a seminar being given by Yervant four years ago.I found myself really inspired and from there I started to look more at thework of others, to evaluate continuously the pictures that I was taking andto enter competitions where I could put my work up against that of otherphotographers. I'm looking to learn from others and to find inspiration allthe time, and it's really helped to move my photography on."

It was only natural for Nik to look around for a body to join which couldgive him access to learning and to the influences of other photographerson a regular basis, and having heard about the Convention he attendedfor the first time in 2007 and joined The Societies the same year. He nowmakes the annual pilgrimage to Hammersmith every January and wasdelighted eventually to be asked to speak himself. He'll be back to deliverhis third workshop in 2012 and he's thoroughly appreciated the buzz thatthe Convention has given him and the chance it's provided for him tonetwork with, and to learn from, his fellow professionals.

"I really appreciate the way that I'm not just picking up information andknowledge in the workshops, but also all around the Novotel for theduration of the Convention," he says. "I pick up so many things in thelobby, in the bar, in the elevator, just everywhere, and the social side ofthe Convention is one of the best things about it. Much of the learningis informal, but things are so freely shared and it really is one of the bestplaces to go to find out more about how to improve the way you run yourbusiness."

In the true spirit of international friendship and cooperation, Nik isintending to give something back to his fellow photographers, and willbe taking two workshops at the 2012 Convention entitled 'The GreekWay,' which will give delegates a flavour of the way that a typical weddingphotographer might run a business in his country. There will be a chanceto see plenty of Nik's pictures, to hear about his influences and where hefinds his inspiration, to learn about his selling techniques, and to pick upsome Lightroom workflow pointers.


Please Note:
There is more than one page for this Article.
You are currently on page 2 Contact Nik Pekridis 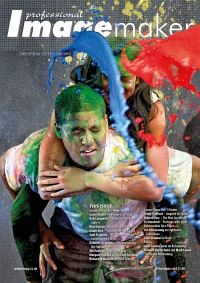