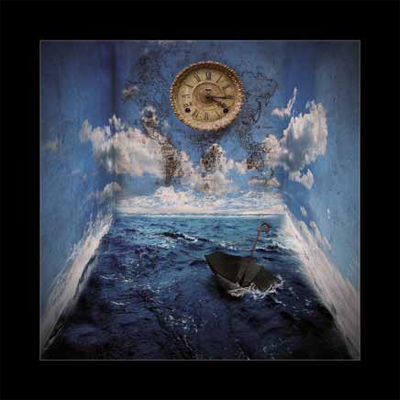 The idea for this feature started at the annual Societies' Judging and has gradually been refined - a bit like the concept we are trying to describe really!

The Big idea concept is that the photographer(s) chooses to work at a project and develop a picture or picture series, towards a goal. That goal can be a single blockbusting image, a series of images (perhaps for display), a series fora qualifications application or perhaps a solo (or even joint) exhibition.

The characteristic which mainly differentiates the Big Idea is that it is pursued for artistic reasons alone rather than a means of paying the mortgage. If an additional image detail is required, you go and shoot it; if the costume and model does not quite work, you go and find another or do a re-shoot. Searching for props is often part of the fun of the Big Idea.

And Big Idea shots are meant to be fun as well as artistically satisfying. This is why they are sometimes created in collaboration with other people. 'Other people' can include other photographers or other artisans and 'artisans' can include models, makeup artists, prop and model makers, costumiers, CGI specialists, retouchers, painters or artists - the list is almost endless providing there is a common goal of making an image.

One of the reasons why jobs at high-end agencies such as Taylor James (www.taylorjames.com) are sought after is because these guys do this sort of thing for a living, with budgets to match. Us lesser mortals have to work on our ideas at lower budget levels but with equal fervour! What it provides is a creative outlet which is on a different plane to the workaday stuff that we all do - something to extend our minds and spread our creative juices about a bit!

For the Big Idea the goalposts have been shifting ever since digital imaging came about. Today, if it can be imagined it can probably be brought all the way to a print, and beyond that, it can probably be animated as well. This has allowed us to catch up with the traditional artists who have always had the luxury of allowing their tortured minds to flow onto the canvas (look at Hieronymus Bosch if you need convincing of this).

It is very interesting to look back at books about creative darkroom work from 20 or 30 years ago. Despite the talents displayed for that time, the things that were being done are trivial by today's standards. Digital has also released a higher fraction of the creative population for work in the area. Previously, to own and run a dark room you had to be a mix of plumber, builder, electrician and carpenter, otherwise you were faced with a creative life revolving around trays on boards over the bath and your Gnome enlarger standing on the lavatory.