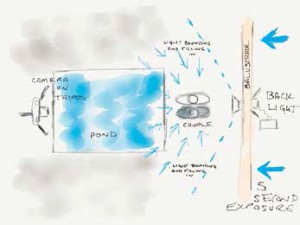 Well, another SWPP Convention over but certainly not forgotten. Sincere thanks to all those who supported my sell-out classes and attended my talks on The Flash Centre stand. These events seem to go quicker every year as their success increases and it is a privilege to continue to represent The Societies. Sincere thanks also to the staff and all their hard work to make this event such a wonderful success.

Hope to see you all again next year!

As a change to my usual commercial or editorial image, this issue I am going to dissect one of my wedding images that was actually printed very large and featured successfully on the One Vision Imaging stand at the Convention. It was taken for a big wedding that I shot at the Dorchester Collection Hotel, Coworth Park, which is close to Ascot. As we are told that variety is the spice of life, I thought that it would make a refreshing change to feature an image from a genre not necessarily automatically associated with my photography and also help to dispel the myth that weddings do not lend themselves to elaborate use of studio flash.

This image took the best part of an hour to set up. The wonderful staff at Coworth Park actually cleared out a bin liner full of pond plants that were threatening my perfect reflection.

Taken at night, during the reception, the image is actually made up of two exposures (shot together in camera and not a composite).

The flash exposure 'froze' the couple and then the camera shutter was locked open for five seconds to 'drag' the remaining light from the night sky.

All the test shots were performed on my assistant as the happy couple were busy enjoying themselves. I often use this method of keeping them close to me while I am preparing a 'wow' picture and then only intrude on their special day for a few minutes by calling them only when the pictures is literally ready for them to walk on to. This means that not only do my bride and grooms spend as much time as possible with their family and friends, but for me we get the added bonus of not ending up with forced 'Wallace and Gromit' smiles or stiff and awkward couples, as they are not usually with me long enough to become bored or distracted.