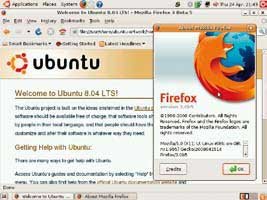 In a world populated by grasping, tax-dodging multinationals and a sizable sector of the population out to make a quick buck from anything, it is old-fashioned and welcome to look in on the world of 'freeware'. Freeware is software that is made available so that you have to pay absolutely nothing to use it, regardless of who you are and the size of your organisation. There are a number of other 'wares' available on the internet and these are neatly listed by Paul Lutus (www.arachnoid.com).

"Freeware" is software you do not pay for, ever, in any way.
It is not "Shareware," which you eventually must pay for.
It is not "Nagware," which tries to get you to pay for something that was originally offered as though it was free.
It is not "Crippleware," software that perpetually tries to annoy and tease you about features only enabled in the commercial version.
It is not "Adware," an increasingly popular form of software that is actually a vehicle for advertising, and that is much like the modern internet itself.
It is not "Spyware," a sleazy kind of program that opens a channel of communication between your computer and someone who wants to know what you are doing.

A major pitfall for the prospective user is to assume that because it is free it must be inferior. This is absolutely untrue. Again Lutus hits the nail firmly on the head when he says:

"...For one thing, much of freeware is better than commercial software. Why? Because most people who write freeware actually like computers and programming, and most freeware programs were written by people who, whatever they were doing, were not watching a clock while feeling exploited by a corporation. Digression: why do you think Microsoft's software is so dreadful? Simple. It was largely written by people who didn't want to be doing what they were doing, who were the least expensive programmers the personnel division could find to fill empty positions, who were being exploited and who knew it. Programmers who are actually skilled at programming either start their own companies or retire (and maybe write freeware) - but they don't remain corporate lackeys, struggling to repair the latest version of Windows. "

Freeware is available to accomplish almost all of the tasks a business may require and a few more besides - all developed by programmers with little more than a love for their craft. Lutus again: