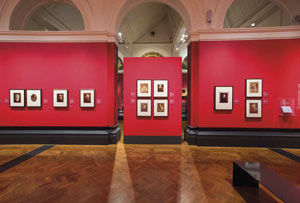 Two hundred years after the birth of Cameron, Charlotte Moss considers her life, work and theattitudes of the time

Julia Margaret Cameron took up photography almostone quarter of a century after the practice was invented.Almost everyone who practices photographic portraiturewill surely have heard of her and Cameron is arguably oneof the most important influences on art photography inthe last century and a half. But her short career as aphotographer is often severely underrated - somethingthat two London exhibitions have sought to put right.'We must give this lady credit for daring originality, but at the expenseof all other photographic qualities' The Photographic Journal wroteof Cameron in 1865. 'A true artist would employ all the resources athis disposal, in whatever branch of art he might practice. In thesepictures all that is good in photography has been neglected, andthe shortcomings of the art are prominently exhibited. We are sorryto have to speak thus severely on the works of a lady, but we feelcompelled to do so in the interest of art.'

In her own time Cameron's work was largely considered really rather poorand the popular press at the time certainly pulled no punches. In factThe Photographic News in one article wondered what these 'smudged,torn, dirty, undefined, and in some cases almost unreadable' images hadin common with 'good photography'. The self-righteous attitude of themainstream photographic press made it clear that Cameron was notconsidered a Master (or should that be Mistress?) of the subject.

It was December 1863 that Cameron received her first camera. She was48 years old and the camera was a gift from her grown-up daughter andson-in-law in order to pass the time in her new house, Dimbola Lodge,on the Isle of Wight. Cameron's daughter's words on giving the gift were'It may amuse you, Mother, to try to photograph during your solitude atFreshwater'. Later Cameron noted 'From the first moment I handled mylens with a tender ardour and it has become to me as a living within, withvoice and memory and creative vigour'. 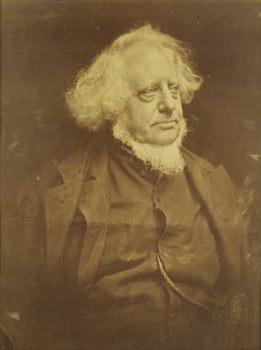 And with that gift Cameron's creativity was unleashed. Over time she turnedthe coal-house into a dark room and the 'glazed fowl-house' in her gardeninto a studio so that she could relentlessly photograph her family andfriends - a story that seems remarkably similar to any photographer thatis bitten by the bug today! 'The hens were liberated' Cameron wrote at thetime. 'The society of hens and chickens was soon changed for that of poets,prophets, painters and lovely maidens'.

Cameron quickly viewed her photographic work as more than just amateur;she was the consummate professional of the time. Exhibiting, publishingand marketing her photographs made Cameron a force to be reckonedwith. In just two years Cameron had sold her work, 80 prints in all, to theSouth Kensington Museum (now better known as the Victoria & AlbertMuseum). The museum even gave her the use of several rooms as portraitstudies; making her possibly the first 'artist-in-residence' at the Museum- although she never made commissioned portraits, only personal work.

It's this relationship between Julia Margaret Cameron and the Victoria& Albert Museum that is explored in their exhibition celebrating thebicentenary of her birth. Just across Exhibition Road, The Science Museumis also running an exhibition to celebrate the 200th anniversary of herbirth. In contrast The Science Museum exhibition focuses on the HerschelAlbum from 1864, which comprises 94 images that Cameron consideredto be amongst her finest work. As is fitting for The Science Museum, theexhibition also contains Cameron's lens - the only surviving piece of herphotographic equipment. One of the most remarkable things about theHerschel Album is that it was produced only a year after Cameron receivedher first camera.