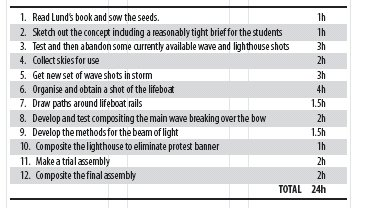 Few digital endeavours draw upon the whole gamut of Photoshop skills in the way digital compositing does. As part of researching this series we called in both Katrin Eismann's and John Lund's new books on the subject (see box). Between them they total 844 pages! It is not, therefore, the intention to simply regurgitate the contents of these two excellent tomes but to discuss tactics and explain what are good things to take on and those which you should avoid if you don't want to lose money in man hours.

By way of example, take the opening illustration to this feature. This was partly developed as a brief for an education task and was deliberately set up to be tricky!

Take a group of digital retouchers and there will be almost the same number of different ways of tackling a job. However it is interesting to note that Katrin Eismann's list of topics is almost identical to your author's. Here are my own pointers, gleaned from using Photoshop since it first appeared (and the Quantel PaintBox before that, I recall!).

The main skills are:
1. Conceptualisation - first think of a good idea!
2. Planning - get it right in camera as far as you can!
3. Judgement of perspective - vital for realism
4. Blending of tone and colour - mismatches stand out
5. Masking - this is the key skill
6. Knowing when to stop - including the courage to abandon ship 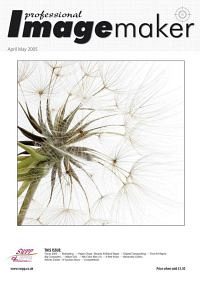