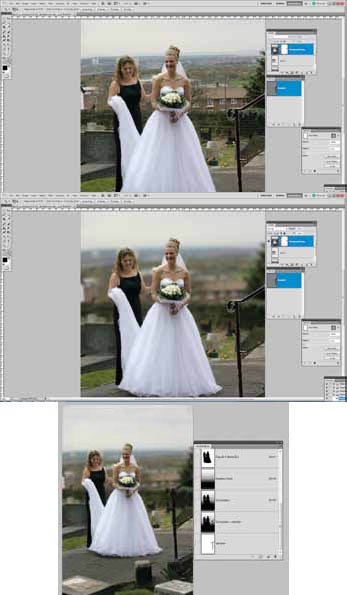 The Absolut Vodka shot illustrates the use of complex paths made as separate shapes before being joined together (in Illustrator). Initially a single piece of the jigsaw was drawn as a path. This was then duplicated many times and added together to form an area of jigsaw, large enough to cover the cylindrical portion of the bottle. This was then distorted using a vector warping program to create the illusion that the jigsaw was wrapped around the bottle. A similar treatment was used to create a hemisphere for the shoulder of the bottle and finally a second cylinder was added for the neck of the bottle. All the pieces were then joined to each other (two cylinders and the hemisphere) before the combined path was used to stroke a 'bevelled glass edge' all around the pieces using a faint grey line with a bevel layer effect. 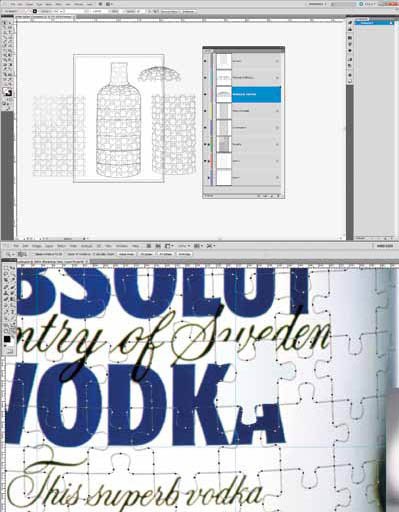 original scene the background is intrusive.

Middle: The blur is added through a gradient and this affects the hand rail.

Above: Paths are used to make the selection which is added to the gradient mask to protect the rail.