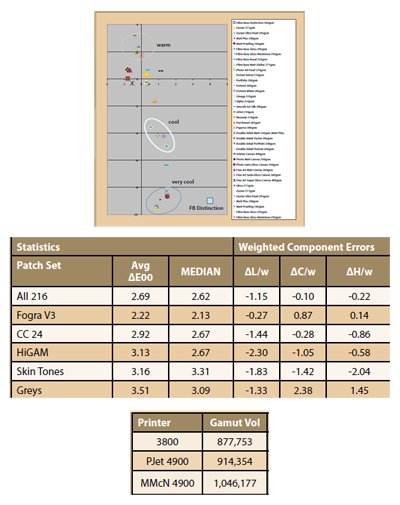 At Professional Imagemaker we make no secret of our love of baryta and 'baryta-like' inkjet media. They have a balance of look, weight, feel, colour accuracy and even smell, that appeals to those who were reared with the smell of fixer in their nostrils. It was timely therefore to revisit the baryta phenomenon and we decided to use Distinction for our deliberations.

At the same time this jigged in well with a desire to compile a piece called (roughly) the Epson Lost Panels. This tongue-in-cheek title is meant to cover the describing of all the little tick boxes and buried panels that the vast majority of users are unaware of, or simply ignore. They have some relevance to the use of baryta materials because, for example, you should make adjustments to your platen gap when printing onto them, and this is one such hidden dialogue panel. 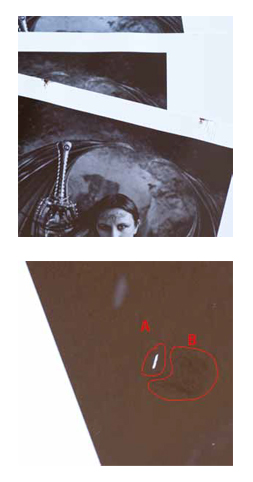 Papers such as Distinction are premium quality and carry a premium price tag. Care has to be taken to ensure that perfect prints are made to avoid wastage. In the top image the Platen Gap was not set to 'wider' for the lower print, resulting in head strikes and scuffing of the edges; all prints made with the correct Platen Gap were pristine.

In the lower image, the white area marked 'A' is an uncoated area of print. A small piece of paper lint from the sheet cutting was left behind, protecting the image from receiving any ink and was then removed. This produced both the scuff marks at 'B' and bald white area. Two lessons - check the paper before you print and handle the paper with cotton gloves!

Distinction is a 'big' paper with a heavy (some would say luxurious) feel. Mechanically it is stiffer than its 360gsm might suggest, a characteristic shared with other baryta papers and in particularly those made with an alpha cellulose base. At this weight, flatness is an important criteria and for this reason Distinction is cross-backed, that is a second layer is bonded, with its grain at right angles to that of the primary base structure, to equalise stress in the dry paper.

This is an ancient technique which is also used on high-quality veneered furniture (for the same reason, mechanical stability). Even though it improves flatness, it is still better to widen the platen gap when printing, to allow more clearance for the paper and keep it well away from the moving print heads - but more on that later.

Distinction is a brightened paper, indeed it is the coolest of the PermaJet range (other than Matt Plus) as shown in the graph (the further down to the right on the graph the cooler the paper is). This gives images a bright appearance and quite a lift even though some fanatics will have nothing to do with optically brightened papers. Ordinarily such a level of brightening would compromise the colour accuracy but Distinction comes through relatively unscathed.

Since we first tested Distinction we have introduced both the Epson 4900 (with its HDR ink set) along with more rigorous colour audit tests. This is the first third-party paper that we have reported on, using the new protocols