This proceeded smoothly; the computer switches itself on and off a few times but it was painless and reasonably quick. The new OS recognised our dual monitor system, recognised the network (and connected itself, then tootled off for the latest upgrades). In a matter of an hour or two we were ready to start re-installing software.

We started with Eizo ColorNavigator and set up the monitor profiling without any issues. At the same time we altered the default back ground, desktop setting to a more modest plain grey. We initially tried to turn off the new, memory-hogging transparent panels feature. It is part of Aero but we found that this also includes the way that text is rendered and so we had to leave it switched on. We found not a single 'whistles and bells' feature that we were even modestly impressed with, it's all fluff and smoke and has little bearing on real work!

After this we performed a bare-bones install of the software we really need to get on with life. This will vary between operations and depend upon your business type, ours for example includes Photoshop, Illustrator, InDesign, Acrobat Professional, Word, Excel, Text Pad, Skype and Firefox. At this stage we made an image of the install as a 'just in case' backup. It's not vital but would save a few hours in the event of a faulty install later and would at least enable an initial start to normal working life with a minimum of fuss. Depending upon how long you have been out of operation you might now have to start work again and add the 'refinement programs' as needed at a later date. Again these vary but might include your plug-ins, actions, and programs such as Nik Filters - handy stuff but not business critical. Generally we find that we are adding these peripheral programs for up to six weeks after the initial install is completed. 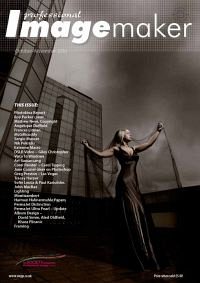