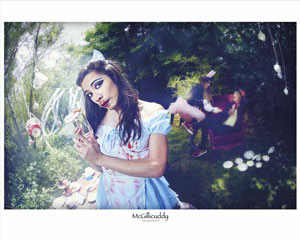 It seems that Damian McGillicuddy has inspireda new creative term in photography - even if hedoesn't quite know what 'McGillicuddy-esque'means! But the Big Dog has more than a few tricksup his sleeves when it comes to getting creative...

Creativity in our industry means many different things tomany different people. For some folks it simply means'a creative way of doing something', like using a prop ora piece of equipment in an unusual way. For others, itmeans conjuring up super-surrealistic imagery that nobody has everseen before. And for me, in my life as a commercial photographer,sometimes it's much harder to define.

I can't tell you the number of times I've been commissioned to shootsomething for a client who says that they want an uber-creativecampaign for their product. But when I ask them exactly what theymean and what they're after, I often get the answer, "Oh, we're not reallysure... we want something 'McGillicuddy-esque', so if you could do thatit would be great!" 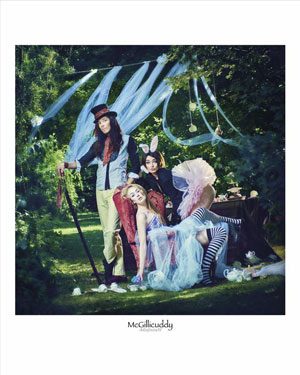 Of course, it's brilliant that people think I have such a distinct style that'McGillicuddy-esque' has become a term they use. The problem is, I haveno idea what it actually means! There are, however, some wise wordsthat have always stuck in my head over the years, which I think sum upthe art of creativity pretty succinctly: "Imagination is the only weapon inthe war against reality."

Those words were uttered by a fellow Cheshireman, the Cheshire Cat,in Lewis Carroll's Alice's Adventures in Wonderland. Recently I was giventhe green light from Olympus to let my creative juices run wild on a BIGShoot Experience and so, with those words ringing in my ears, I decidedthat there was no better way to push my creativity than to pay tributeto the sesquicentenary of Carroll's classic with an Alice-themed supershoot!