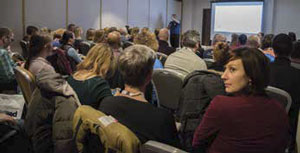 My wristwatch told me that I covered a little over 60 kilometres across the fivedays of The Societies' Convention - and that's rather a long way for someonelike myself who only has little legs. As always it was fantastic to catch up withold friends at the Trade Show (and some new ones too!) as well as taking partin a few Masterclasses to pick up some tips. But for me the most exciting part,and the part of The Convention that taught the most, was the two days spentwith the judges.

I know that I am lucky because I get unprecedented access to what goes onbehind the scenes at the judging, but I genuinely believe that anyone lookingto improve both the quality and creativity of their work could benefit from aday looking at the qualification panels and prints that are passing in front ofthe eyes of the judges. Exposing yourself to a wide range of work is never abad thing, but so much of our 'viewing' is now done on computer screens thatit's good to take a step back, slow down, and get up close and personal withsome prints.

Printing is a skill that often isn't easy to learn if you're teaching yourself. Howdo you know what makes a good print if you have nothing to compare it to?Photographers don't intrinsically understand what makes a good print, theyhave to learn through exposure and experience - and while the internet bringsthe most incredible access to work from photographers around the world, itdoesn't allow us to compare our work to others in print form. Before I startedspending time sitting in on the judging panels I understood from readingbooks and watching YouTube what some basic printing challenges mightbe - but I have always struggled to identify them in my own work (and I don'tget enough of my work printed either, but that's another story and anotherproblem). Self-criticism can be the hardest skill to learn, and the most difficultto master, so being able to directly compare your work to others that you knowhave achieved a certain standard is a real boon. 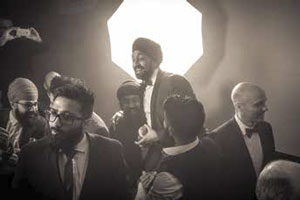 The qualification judging this year saw 29 entries with two thirds of the panelspassing - a great many of those unanimously. In fact there were so manypanels to be judged this year that another room had to be taken over for aday and the judges were made to work harder than ever! The 20x16 printcompetition also had an incredible amount of entries; 1,008, which is overtwice as many as last year. The pace was relentless as the judges worked theirway through print after print, looking at each one in detail and debating thosethat split the panel. The audience really were in for a treat though as they gota quick fire lesson in composition and print quality - amongst other things.

I didn't see all of the panels (for even I cannot be in two places at once), butI'd like to talk about some of the highlights from my Wednesday and Thursdayat The Convention. My apologies for not including all of our successful panelshere this year - but I'm looking forward to interviewing all of the people that Imissed over the coming months!